ER, BUT BEFORE I GO: PAYSEUR AND SCHMIDT INTERVIEW 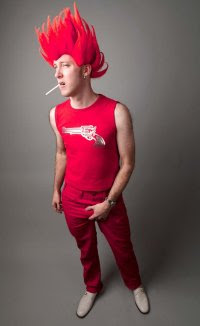 If you missed it when I linked to it the first time, maybe the inclusion of this photo of Jacob McMurray from Payseur & Schmidt will convince you to check out my interview on SF Site. They're doing fine work and deserve a lot of attention.