FELICITY SAVAGE, WHERE ARE YOU?

Felicity Savage (or "Rosie" as we knew her) was a member of the 1992 Clarion East I attended, which also included Nathan Ballingrud, Dale Bailey, Pam Noles, Cory Doctorow, et al). Felicity was very young and assured, and talented as all get-out. She proceeded to publish five novels in quick succession, the last coming out in 1998. Then she disappeared. No one I know of has heard from her. No new novels have been forthcoming. Some have said she joined an Eastern European circus. 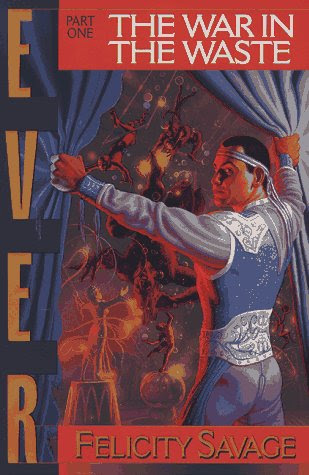 So I'm curious where she is now, what she's up to. I picked up her EVER trilogy at a remaindered bookstore in Jacksonville, Florida. They were the oldest books on the table. Seeing them there made me more interested than ever in finding out her whereabouts. It's just so odd to put out five books and then fall off the face of the earth. 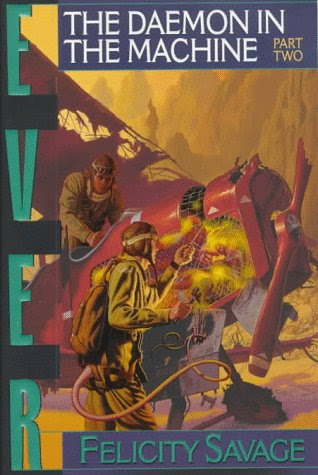 Of course, it may be that everybody but me knows what happened to her. In any event, if you do know, please add a comment. Several of her Clarion mates are wondering, too, along with people who met her at various conventions.I always imagined she'd show up again with a 5,000-page novel under her arm, wondering what all the fuss was about. 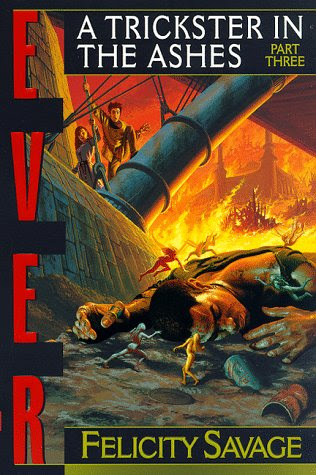 I haven't had a chance to read the EVER books yet, but in glancing at them they strike me as, in some aspects, proto-New Weird (to briefly resurrect a dead term). I'm struck by a surface resemblance to Mieville and KJ Bishop, although I think Savage's politics are much different and she is both more romantic/sentimental and more practical. (Not to mention, she was still only 22 when her fifth book came out, I believe.)

There's a brief profile of Felicity on the Tangent site as well.

Anyway, it would be nice (and a bit of a relief) to clear up this little mystery...

(Evil Monkey: "Hey--I heard Steve Kilbey and Marty Wilson-Piper from the Church are gonna do some of the voice-over work for the Shriek movie?" Jeff: "Yup." Evil Monkey: "Woo-hoo!")

Great to have S. Kilbey and M..W.Piper doing the movie. I've caught the Church twice in the last six months and they've been great.

i used to work w/Rosie Savage when she lived in Harlem, here in New York City (heard from co-workers she was into a somewhat abusive relationship w/her live-in black boyfriend...she loves rap, '70s soul). She told me she was into writing fantasy, though i never went to find out more about her works. i remember a few times calling her "ro", and she hated it and always corrected me not to do so in her english/scot accent. she was a lot of fun to be with, talking about her life abroad, funny family members, and opinions of life in general in the break room. We used to be both cashiers and customer support @ Virgin Megastore in Times Square back in 1997-1998; she was fired before me (I was fired in summer 2000), probably because of her attitude getting worse there (it is an extremely stressful place to work at: loud music, annoying tourists, bonehead management, etc.). she used Virgin as a means to give herself a break from writing and gain more knowledge into people in general, i would believe. A few months after her dismissal, i did ser her again and she looked so different: her blondish/brown, all braided, baggy oldish clothes, said she is working at the big apple circus and wanted me to join her...i told her i was surprised in her asking, but a life in a circus was not my means of paying rent. i have not seen her again since, though a co-worker i know who is still working there heard she moved to africa.
i, like you, am still searching for this intelligent, fun, but secretive troubled woman...richy

Rather belatedly, I asked myself the same question, entered "Felicity Savage" into Google, and found this blog entry.

I have never met Ms Savage, and have no answer to the question. However, by coincidence, my first (genre) sale was in the same issue of F&SF (April 1994) as her first sale. I was very impressed by that story, "Brixstow White Lady", particularly because she was still in her teens when it was published, let alone wrote it.

Interesting. I hadn't been keeping track of the old Clarion '92 group, even though I had exchanged e-mails with Cory Doctorow a few years back, I think. I'd be curious to see where all of you ended up.

I was there, but not as a writer. I was the assistant to the director of Clarion that year. Administrative support staff. I went on into my own, non-writing world (unless you count the occasional article on Forensic DNA extraction-- my current area of research).

Hope you get to the bottom of the mystery. I remember Rosie as well.

She is dead and I feast on her ashes. Forever.

Wow!! i'm glad that other people are wondering the same thing as i am. i've only read humility garden and tried looking for the sequel, which was a lost cause. thanks for posting this blog...

Found this Facebook entry, can't tell if it's the same person in photo (left of 3) ...

Felicity Savage, is the best.

Cheers,
what is debt consolidation

Where are you, Felicity Savage?

Respect for imparting the comment. That is so timely as I'm myself living troubles like it phentermine side effects, moreover I am really considering trying it myself.

Continue to Perbiki his blog to get a good blog !!

I had a great experience with NFLHDNETWORK Good value and easy to use and navigate. Quality channels and ample DVR space. Great overall experience

, I must say i suggest this kind of source, therefore go on and understand. Most likely you know yet I wish to help remind anyone which

NFLHDSPORTS .COM
and buy registration from their store.