Clare Dudman's One Day the Ice Will Reveal All Its Dead was one of my favorites of last year. It's now out in trade paperback in the United States and there's no excuse for anyone not picking it up. 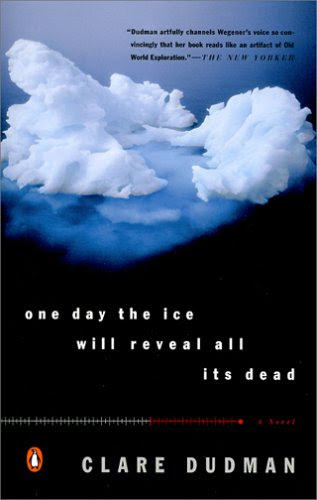 Her second novel, 98 Reasons for Being, will be released by Viking in July in hardcover. 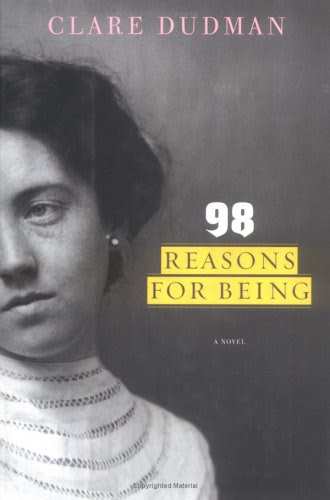 As the press release reads:

Novelist Clare Dudman, whose work has earned comparisons to Andrea Barrett and Peter Høeg, is that rare kind of author who manages to bring history dramatically to life. In 98 Reasons for Being, she conjures up the revolutionary nineteenth-century German physician Heinrich Hoffmann, best known today for his famous book of children’s rhymes, Struwwelpeter, or Shockheaded Peter.

In 1850s Frankfurt, a Jewish girl named Hannah Meyer is admitted to the town asylum; she hasn’t spoken, slept, or eaten in weeks and wagging tongues have resulted in a diagnosis of nymphomania. In an increasingly obsessed effort to cure her, Dr. Hoffmann uses all the methods at his disposal—from ice packs and blood letting to electrodes. Nothing works until he resorts to talking—revealing the fascinating case histories of his other patients as well as his own troubled home life. Only then does Hannah begin to respond and gradually yield her tale of love, transgression, and prejudice. As the secrets hidden in Hannah’s mind are exposed, Hoffmann begins to uncover his own buried truths and, in the end, discover his real reasons for being. Brilliantly composed with a keen sense of German and Jewish history, 98 Reasons for Being is written with the intensity of D. M. Thomas’s The White Hotel and confirms Dudman’s reputation as a gifted storyteller.

98 Reasons for Being is not as intense a book as One Day, in part because Dudman doesn't stick with one point of view, but this leads to a richer novel in some ways, one that seems quieter yet sticks in the mind. I think it's a worthy follow-up to One Day. (I've also been fortunate enough to see the first chapters of the novel she's currently writing, and I think it might well top both of her prior novels for inventiveness and scope.)

So, on the eve of 98 Reasons' publication in the US, Clare was kind enough to submit to the dreaded Five Questions...

Why should readers pick up your new book as opposed to, say, just about anybody else's book?
I suppose they might pick it up to be tidy. What's this doing here, they might say, '98 Reasons For Being' - that should belong in the Mind, Body, Spirit section and while they're putting it back I'm hoping they will flick through a few pages and immediately become engrossed.

Does your book have any socially redeeming qualities? If so, what are they?
Well, it does deal with discrimination in its many forms - racial, sexual, the insane or those just thought to be a bit odd...It also asks questions about madness and points out that what some people perceive as insane other people do not. For instance there is a man in the book who feels he is really a woman and has consequently been locked up in the asylum by his relatives until he comes to see sense. This sort of thing really happened. They called it monomania - mad in just one direction. It was a sort of coverall term and people were afflicted in different ways. A few years later they became Freud's neurotics. I don't think any of them were mad or abnormal at all and the central character, Hannah, is probably the most autobiographical writing I've ever done - so it was a little worrying when one reviewer described her as a 'very strange young woman'. Which is giving me a bit of a complex. I keep asking people - do you think I'm a bit odd? And they
keep saying 'Well yes, obviously...' Which isn't helping, frankly.

Does your book have any medicinal or mental health value to readers?
With the help of this book you will become an expert in curing epilepsy (amethyst inserted under the skin), fever (cupping), depression (water therapy), syphilis (mercury ointment) and postnatal depression (leeches).

Assume your book has been filed under "Ages 8 to 12" in the children's section, perhaps by mistake, perhaps not. How horrified do you imagine a child would be after reading your book, and why? How many years of therapy would the child take to recover from the experience?
I think any sensible child would enjoy the entire book enormously, and would need no therapy whatsoever. In fact I think it should be required reading for all precocious six year olds and I think I shall start a campaign to get it on the National Curriculum immediately.

If no one buys your book and you are unable to continue publishing your fiction due to the intense vilification that occurs in the media, what line of work will you go into?
Well the intense vilification has begun already, which I'm taking as a compliment since they are only jealous, obviously - either that or they're all out to get me...and what I shall do next is to become a shamanic healer because there is a vacancy going in my local community.

I have to say that Clare Dudman is one of my favorite new writers. Her first and second book were a pleasure to read and I look forward to the next one with eager anticipation. More people should read her books.

Well, she's already on my to-read pile of books but what's more exciting is that all her books are also available locally on this side of the world. Excellent! :-)

Clare Dudman is not odd at all. When we were five I sat next to her in class and watched her chew a button on her yellow cardigan. She's shy and sensible and a very, very intelligent woman. It is thrilling to think that people all over the world are able to read her wonderful writing and enjoy it. Fantastic.