Is there such a thing as a distinctively "Australian" SF/F?

KJB: I really don't know. I haven't read enough Australian spec fic to be able to have an opinion. To me, the real Australia is a somewhat fantastical place, at the edge of the map, with an ancient native culture, weird animals and a hinterland that looks like Mars, not to mention the surreality of suburbia. I suppose I've been more interested in reading those Australian writers, like Patrick White, who address the strange realities of Australia *as* realities. There are the Mad Max movies, set in a post-apocalyptic Australia, and they are certainly distinctively Australian, not only in setting and tone but in the way they address aspects of the historical and modern Australian experience.

GD: I've argued with people about this before, and my opinion is that "Australian SF" as a category is not very meaningful. If compared to, say, American SF, I think you see much more difference within both groups than between them. I hate the idea that people would try to give their stuff some "Australian flavour," so that they could prove they were part of this special category. (Worse still, though, is to see Australians writing with American settings, just because that might be what they're used to reading, and they don't think anything interesting ever happens in Australia. I'm not kidding, this is a real attitude I've encountered).

I'm not that widely read, so maybe lots of people out there are already doing this, but I would kind of like to see more science fiction that deals specifically with Australian issues and problems. Not so that it would be special and different and "Australian," but just because these are the things in our lives, and we've got these tools to think about them and examine them.

Likewise with fantasy. A lot of times people talk as if there are only two options: write European-based fantasy, or appropriate Aboriginal mythology to create Australian fantasy. Surely there has to be lots of other ways to use the fantasy genre to write about our world and our reality.

TJ: I don't think so. We're a very urban culture - though I grew up in a small country town. This isn't a stylistic thing, but Australians do tend to suffer doubts as to the quality of their art, we're always looking for validation elsewhere, but I don't know if that is distinctly Australian.

JL: Nope. I don't know any Oz writers who only read Oz writing. We all read genre (and other) writing from all around the world. So the influences are from all over and it shows in our work. People are always trying to identify national characteristics in genre writing, but you have to pick your examples carefully and there are always counter examples. I don't think there's a distinctively US or Canadian or British sf either. There might've been but not no more.

CS: The Australian landscape and its physical isolation from the rest of the world inspire distinctive imagery in the works of several Australian writers, but it is by no means mandatory or, indeed, all that commonly depicted. I think generic television program design and glossy magazine advertising influence western people more than anything else -- you don't have to invest any labor in order to consume it. Most of the slick TV comes out of the US.

KW: Interesting, isn't it? The most successful Australian writers internationally (Sara Douglass, Ian Irvine, Juliet Marillier) run on the Euro-magic model which dominates fantasy fiction worldwide, and yet our landscape is so very different from Europe. I think that our really successful fantasy is not distinctively Australian: if it were, it would arguably be not quite so successful. Perhaps some of the small press stuff is… In any case, I don't see that we should have to feel the need to write as national subjects. I think a genre identity is as valid as a national identity.

If so, what distinguishes it from fiction from other countries?

KJB: Well, talking about Mad Max, it would be a sense of civilization's fragility, the strength of nature versus the weakness of man (and therefore the need for man to keep on battling), the state of exile, the need to find a home, and of course the journey of the Bloke. The Australian imagination is focused on men; women don't really get a look in. The Australian hero isn't necessarily the strongest guy, but he keeps putting one foot in front of the other. He endures. That's Max. He doesn't belong anywhere, he doesn't have a promised land or a promised girl to find, and plain old survival is the only reward he's ever going to get, if he's lucky - and he accepts that. I think the idea of heroic survival speaks to the Australian psyche - probably more loudly than it needs to, these days. It's too easy - when times are good - for a survival mentality to become selfishness. We could do with an injection of the idea of heroic altruism.

GM: The protagonist is often a bit more laid back, and often a bit more of loser, but a loser in glorious terms. In terms of culture, Australians love the near hero, they love the tragic victory that just slipped out of their grasp. They love the fact that they almost made it to glorious heights but didn't at the same time. We love to win but even better we love to lose when the stakes are really high. Nobody can blame you for losing then. We rejoice in the fact that we think we can take on the whole world even though our population is so small ( explains our foreign policy perfectly. I think we write a lot of characters like that. Big achievers who never quite live up to what they should achieve. Bishop's Gwynn in The Etched City is a great example. A classic Australian at heart, Gwynn is. You always want him to do more somehow, to suddenly burst out and become this great hero that you can love, but he never does. Kirsten captured this element of Australia perfectly, yet nowhere in the book would you think this is about Australia. But it still is in a strange way.

CS: I have the perception that writers of Australian short fiction are less mindful of the boundaries separating SF, F and H from each other. When I put together an Agog! anthology I'm looking for the best quality stories that I can lay my hands on. So long as they can broadly be categorized as "speculative fiction" I don't care if the edges blur. Aussie SF writers seem to have trouble placing their stories in US and UK publications, yet so many stories published in Australian mags and anthos make it onto the annual recommended reading lists. I wonder if blurred genre boundaries are the reason?

AT: Well, I don't think there is, but there is a worldliness that Australians have, living in the arse-end of the world and necessarily looking out, that people in countries that are more internally oriented don't tend to have.

SW: Australia seems to have been geographically constructed to invoke many of the themes of sf, especially those of scale. It's the most urbanized city in the world, with costal cities clinging to the edge of a giant expanse of uninhabitable (by first-worlders in any great numbers, at least) desert. Water is the rate-limiting factor of population growth, which for me feels very sf-ish. I grew up in Texas, which has desert, but not _epic_ desert. If you crashlanded in Texas in a random place with practically no human infrastructure, you would almost certainly see a powerline before you died of thirst, if not a road or a town. After a random landing in Australia, you would be unlikely to ever see any sign of civilization at all. You'd just disappear. That sense of scale is very different.

Added to this, Australia was the European colony farthest from Europe. Part of the cultural identity is about feeling incredibly distant from everything. The first episode of a recent television history of pop music in Australia was entitled "The Gig at the End of the World". At the same time, the real demographic bulges and growing economic powerhouses of humanity (all of Asia, basically) are looming around the corner. And again, those billions exist at a wildly different scale than Oz's 20 million.

So there's a sort of alienation, both from the physical landscape (which, though cherished, is still bloody deadly) and the cultural/diplomatic landscape (which many Australians either hale from or embrace, but not a majority. Not yet).

Luckily, Aussie sf writers aren't "alienated" by these factors in a lame, angsty way. I don't mean that kind of literary alienation. I mean being aliens: Not quite belonging in the landscape, trying to figure out how to belong, and feeling at risk of being swallowed by a landscape/culture/cosmos that's much bigger than you are.

Of course, like most first world places, most people spend their time worrying about how to pay the phone bill. But I'm talking about the sort of people who write sf, and how being Australian affects their perspective. It seems to make for a wonderful sense of strangeness and grandeur. 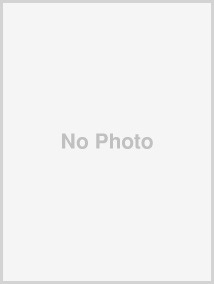